Marc Barennes is a co-founder and partner with bureau Brandeis Paris. He benefits from a unique experience in the fields of competition litigation, EU litigation and litigation finance.

Over the course of the past 20 years, he has been acting in the field of competition law in Paris, Brussels and Luxembourg successively as a defense lawyer with a US law firm, a European Commission official, a senior EU Court of Justice advisor (référendaire) and a senior executive and board member of a company specialized in bringing damages claims.

In his various roles, Marc has been involved in all the assessment, management, investigative, administrative, and judicial stages of some of the most high-profile cartel, abuse of dominance and State aid procedures in Europe.

He played a leading role or contributed directly to numerous ground-breaking EU Competition law and State Aid cases, a handful of which gave rise to eight and nine figure fines, recovery orders or damages and set a precedent in their fields. While working at the General Court of the European Union, he drafted more than 100 rulings and was directly involved in more than 350 cases.

In the private antitrust enforcement field, he has acquired specific experience in assessing, funding, aggregating, and managing individual and collective damages claims before the courts in several jurisdictions in Europe.

Marc has been since 2012 a Non-Governmental Advisor (NGA) first to the European Commission and later to the French Autorité de la concurrence and the Luxembourg Conseil de la concurrence for the International Competition Network (ICN) which gathers all the competition authorities in the world. 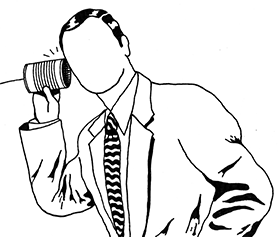