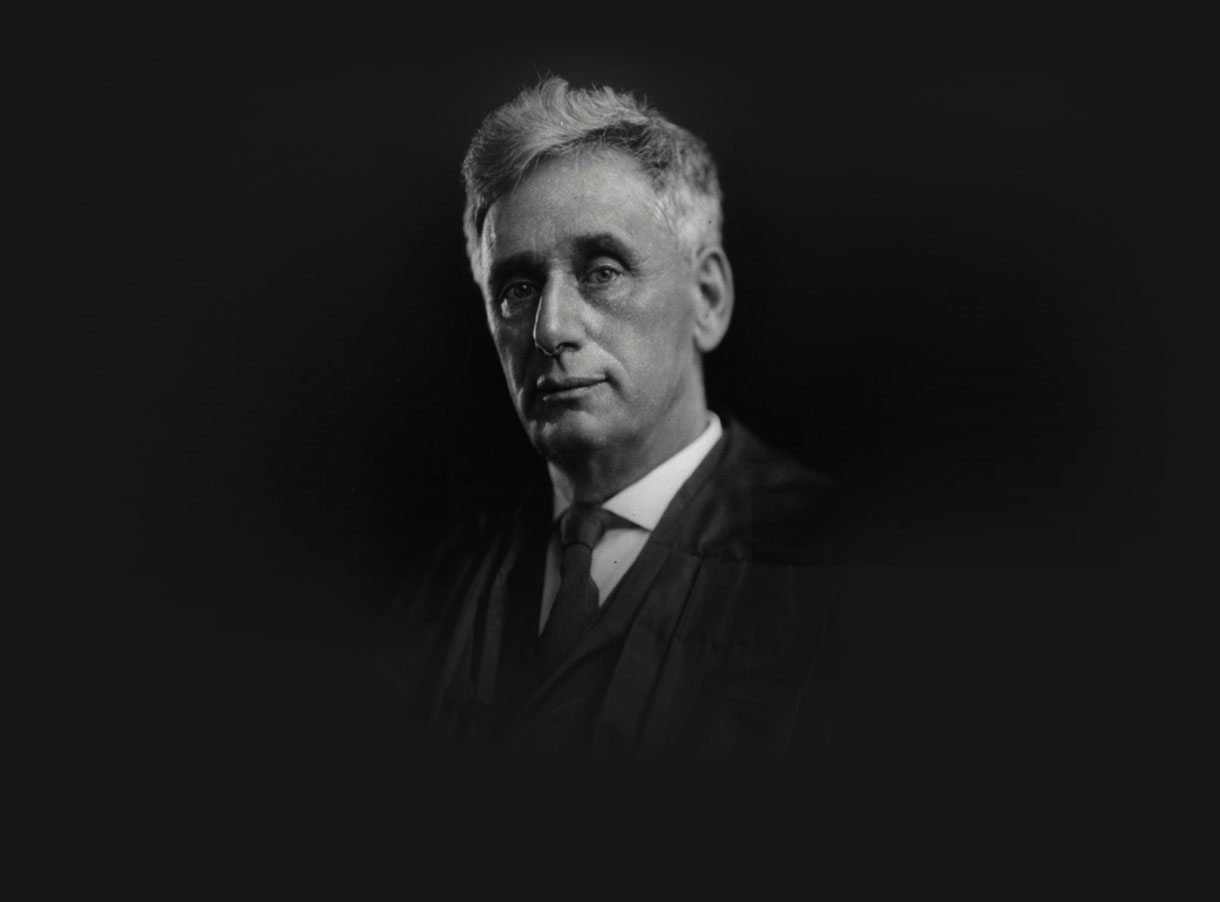 Our name is a tribute to Louis D. Brandeis (1856-1941), a top American attorney and a former Supreme Court Judge. He only handled cases he believed in. He spoke out for women in the labor market. He was critical of the power of the banks. Brandeis fought against railway monopolies and corrupt politicians. He fought for the right to privacy and freedom of speech. He was never afraid to take a stand and speak out against the establishment. He was appointed Supreme Court judge in 1916.